UPDATE: The Numerous Blog (and iOS app) that I reference below is officially gone.

I wrote this on Facebook. To save time and not have to repeat my words I am going to copy and paste it here:

I think I have a serious problem when people have a problem with Facebook. I think I take it personal, truly. Once upon a time, before Facebook, I created my own website to keep in touch with friends and family. You may have heard of it (indycrewworld . com) which was quickly turned into icwnow.com because 14 characters was too long to type. I now mostly focus on myself [at] jasonlamb.me because I am narcissistic, at least that is what I am told. Long story short, facebook is my touch to many people in my life and when you leave it you are in a sense leaving my contact with you….to be continued.

This is the continuation…

I don’t think I am narcissistic but then again people with problems rarely think they have a problem. Google defines it as: 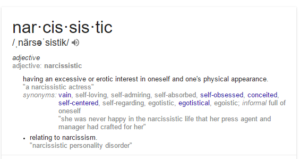 This picture from a year ago, well, ok…maybe I do look good. But who doesn’t look good talking on a public pay phone that doesn’t work any more outside a Chinese restaurant in Chinatown, Los Angeles, CA? I digress. My mother would argue in favor of my narcissistic behavior because I may or may not have taken a ton of selfies as a kid back when disposable cameras we a big hit. For each camera roll I had at least one selfie. I even did a project last year that I took a selfie a day to show my beard growth.

I have an app called Numerous that keeps track of how many friends I have on Facebook. 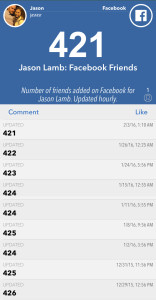 Not that I want a big number I just want to know when I lose a friend. Right now I am at 421

and on my birthday I had 426. I don’t want or need a large number of friends. I think quality over quantity is the key. I just wonder who it is when I that number drops. Is that somebody un-friending me or are they deactivating their account? I will truly not know. The app doesn’t tell me who I lost, just that the number dropped.

Now that I re-read this whole mumbo jumbo I am not sure that me worrying about my number of friends is so much the same as being narcissistic.

Side note: The Numerous app is shutting down its services on May 1st, 2016 due to lack of funding. So no more Facebook friends tracker. 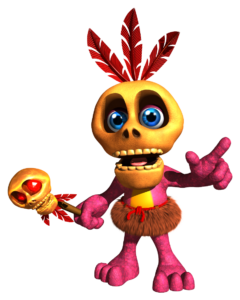 Side side note: ‘mumbo” is not a valid word according to my spell check. But according to a Google search it is a cool looking character.

I don’t think I am quite done pondering this topic.

I do want to give a shout out to my anonymous friend who has silently encouraged me to start writing on my blog more. Thanks Friend.